« Home | Super Bowl Ads and the Absence of a Bubble » | Top Digger List Gets New Home » | iTunes Not Working in Vista? » | Editing Photos: It's A Picnik » | Barter 2.0: Swap a Skill with a Neighbor » | Technorati WTF!: Not a Digg Clone » | Got Blog?: You Might Be Depressed » | Flickr Goes to the Dark Side: Angers Entire User C... » | Windows Vista Launches: Is Your Computer Ready? » | Tape It Off The Internet Launches in Beta »

Scary Super Bowl Ads; Vote for your Favorites on YouTube

Are Super Bowl ads even more a waste of money than previously thought? Each second of an ad costs $85,000 so you'd think advertisers would be extra careful in what they choose to air, but a study using brain scans shows that many of the ads actually create feelings of fear and anxiety in viewers. 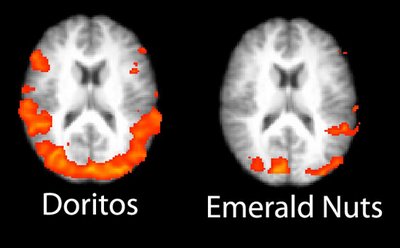 Among the top anxiety-producing ads, he said, was one for General Motors aimed at drawing attention to the automaker's 100,000 mile warranty. The ad features a robot working on the line at an assembly plant until he drops a screw forcing the line to shut down. Angry workers kick the robot off the line, rendering the robot jobless. "It's got everyone at GM obsessed with quality," the ad concluded."

That one got people's attention. But they did not feel good about the message. It produced big spikes of anxiety and perhaps ... feelings of economic insecurity," Freedman said.

In related news, YouTube is joining in on the Super Bowl ad action with its Supervote site. Express your feelings on the tactless GM and Nationwide ads among others by ranking them using a drag-and-drop system. There's a time limit though: you only have 1 hour to submit your rankings. If you're confused about what to do, YouTube has, naturally, a video outlining the whole process.

Scary Super Bowl Ads; Vote for your Favorites on YouTube