Flickr Greasemonkey scripts can dramatically change the experience of browsing through Flickr by adding a lot more functionality and convenience to the interface. If you use Flickr a lot, these scripts are must have. For those who don't know, here's how to install these scripts:

First, make sure you have Greasemonkey installed in Firefox. Then restart Firefox.

Second, click on Install this Script on the page you see after clicking on the links below.

Then just click OK and it's all done. Easy!

On to the scripts: 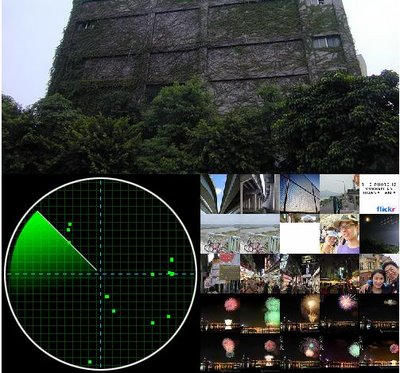 1. Flickr GeoRadar
This script doesn't work on all pages, but when it does, it displays a very cool radar screen that displays the proximity of other photos to the current one. There's also a mosaic of thumbnails.

2. Flickr Photo Page Enhancer
"This script does many things, and is the result of much feedback and discussion with the great Flickr Hacks community. The script adds direct links to all of an image’s sizes, as well as a “Quick Link” box to quickly copy and paste the HTML for a thumbnail link. It also automatically loads your most used tags whenever you click to add a tag to an image." 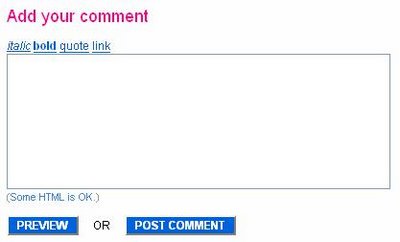 3. Flickr Rich Edit
"Add limited rich editing capabilities (italic, bold, blockquote, link) to any input textarea in Flickr where you can use HTML."

5. Flickr Show Licenses
This neat script displays a little copyright symbol on images that are copyrighted. Those that don't show the little symbol are Creative Commons-licensed so anyone can use them.

6. Flickr: Yahoo Login Bypass
If you only have a Flickr login, this script will bypass the default Yahoo login screen, saving you some hassle. 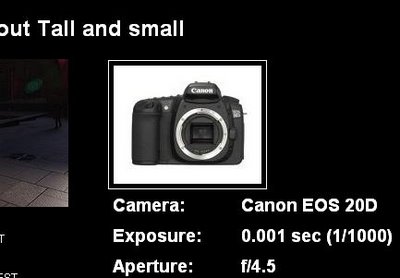 7. Flickr Camera Images
This script add a picture of the camera used to take the picture you are looking at to the More Properties page. More:

The first thing I look at on the More Properties page is the camera model. But unless I know a particular camera model number already, it doesn't tell me much. "Ahh yes, the EX-Z750," I tell myself. Of course I have no idea what that model number means. So if I really want to know what type of camera the photographer used, I have to copy the model number, go to Amazon or Google, paste it in, and sort through the results. I knew there had to be a better way.

So I wrote a (relatively) quick Greasemonkey script that does the work of looking up the camera model for me. It even inserts a picture of that particular model on the Flickr "More properties" page.

8. Flickr Geo Info To Tag
This is a sort of alternative system to the geotagging that Flickr already provides. "On each photo page, just under "Taken in ..." you'll have two new options:
- "add geotags" which will add the usual "geotagged, geo:lon and geo:lat"
- "add place tags" which will add tags for the place given by the "Taken in..." point. " 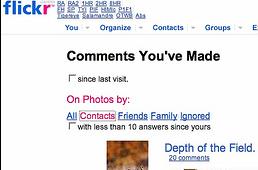 9. Flickr Follow Comments
"This is a script to implement features that have been already asked a few time all around the flickr community: have a better control over the view of the “Comments You’ve made” page to be able to filter to see only certain types of comments. The current features allow you to see directly 10 pages of comments and filter the comments displayed to show only: 10. Flickr Refer Comment
"This will help you leave a trail of where you found the photo you are commenting on. Auto fill the comment field on a photo to include a little note saying where you found the photo with a link back to it: Update: Now with numbers!