« Home | Learning from Google Zeitgeist Top Searches » | Ask X » | AOL and Its Discontents Doom DMOZ (Open Directory ... » | Turn Your Mobile Phone into a Radio » | Time's Person of the Year is You » | Why Numbers are the Future of the Mobile Web » | What You Can Learn From the Top Searches of Yahoo,... » | Openserving Offers Free Blog Hosting » | Reddit User Data Stolen » | Learn What Every File Extension Means »

OfficeMax Gets Infected for the Holidays

OfficeMax is taking the idea of viral marketing very seriously this holiday season. It's running a network of more than a dozen different sites each tailored with a distinctly viral flavor that gets visitors to want to share them with their friends.

Sites like Conspiracy Carols, Save the Snowman, and You Got Elfed are just a few of the sites they've put up. One of my favorites is "Yes, I'm Working" which features a fake Excel spreadsheet that's actually a knock-off of the classic game, Pong. 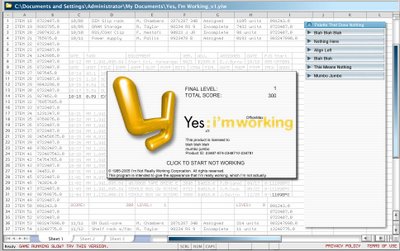 While I'm sure there's going to be a great deal of buzz about this, will OfficeMax's sales actually go up because of the increased attention? It certainly doesn't hurt that you see a product ad when you mouse-over "more fun from OfficeMax" to get to the other sites in the network. I also think the strategy is sufficiently fun that it won't be seen as exploitative by users so, unlike corporations putting up fake blogs, or "flogs", most people won't feel used by the campaign.

OfficeMax Gets Infected for the Holidays