Why Cutting Edge Gadgets Are Banned in the USA 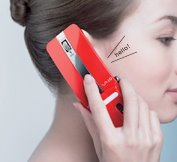 Why is it that Europeans and Japanese always seem to have the coolest gadgets? This Newsfactor article attempts to explain why. It all boils downdown to a mix of corporations, infrastructure, patents, and culture.

Corporations want to test out their new products in smaller markets where the costs of a recall or product failure are lower. That means Europe and Japan, which are smaller markets than the US. These factors also lower the costs of customer service operations, which may be cost prohibitive in the US. Another is the lack of a streamlined patent system, which is changing now with new legislation to harmonize patent laws in Europe and America.

The lack of widespread high speed wireless access is another limiting factor. Without it, products like videophones which demand a lot of bandwidth simply won't work whereas geographically smaller countries are able to set up a dense mesh of wireless access points to transmit high bandwidth video.

Culture also explains why companies like Sony don't sell their ultra-lightweight laptops in the US. Japanese may be willing to spend thousands on a lightweight notebook whereas Americans may be more focused on getting the most powerful laptop available without regard to weight. The dominance of business in guiding the tech market also affects the availability of cutting edge gadgets:

"In Japan, where a majority of the cutting-edge innovation occurs, they're driven by consumer demand. In the U.S., we're mainly driven by business needs. That's why you see more of an emphasis on cheap laptops than on lightweight machines," says Douglas Krone, chief executive of Dynamism.com, an online site that sells technology not found on the shelves of U.S. retail stores.

For now, it looks like early adopters will have to settle for sites like Dynamism, I-Cube, and Kurns and Patrick for their needs.

Why Cutting Edge Gadgets Are Banned in the USA