« Home | Missed a Lecture? Use a Science Video Search Engine » | Disable Autoplay of YouTube Videos in Firefox » | Hot or Not for Flickr: Discover and Rate the Best ... » | Shrink the Windows XP Volume Control » | How to Record Streaming Music and Audio (Pandora, ... » | Download BitTorrent Box Office Hits with FlixFlux » | Bypass YouTube Ban in Morocco » | The Elements of Blogging: Three Pillars of Success » | The Google Recruitment Video » | Speaking of Pirates: Pirates of the Caribbean Now ... » 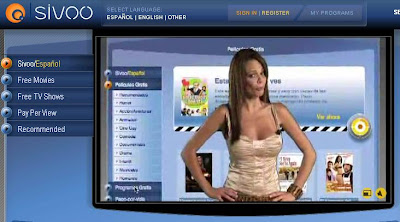 The publicly-traded Sivoo offers what it calls "multicultural on-demand entertainment" in the popular languages of Spanish, Chinese, and Hindi. Dozens of free movies and TV shows can be viewed on its site along with pay-per-view programming. It's hard to speak to the quality of the content, but the selection is broad from comedies to action/adventure.

The press release they sent us indicates that they just signed a deal with the dubiously positioned Jalipo, which charges on a per-minute basis to access professionally produced video content, but the market's reaction was decidedly negative. The pink sheet stock is currently trading at a third of its 52-week high. 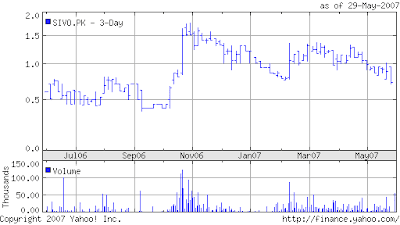 TV shows and movies are streamed using the Windows Media Player, which makes for an awkward viewing experience, notwithstanding that programming is interrupted every 15 minutes or so with an ad. On the plus side, it's free entertainment. If they added subtitles or translations to the video, Sivoo might even be able to parlay entertainment into education.

For readers who want to watch video content in languages other than English, Sivoo will likely be a welcome development.