Cristina Warthen has been fined $313,134 for tax evasion. The 35-year-old Stanford Law School graduate and former call girl has been forced to pay back all her earnings from escorting after failing to pay any taxes. Making the story more memorable, Warthen, formerly known as Cristina Schultz, is the wife of David Warthen, founder of search engine Ask Jeeves.

David Warthen married her in 2004, only months after the case against her was initiated, and tried to cover for her call girl career by saying the money was a gift from him. Cristina, for her part, advertised for clients online at a site called TouchofBrazil, which touted her as a "Portuguese-speaking entertainer and physical model."

Calling herself "Brazil", Cristina Warthen charged $1300 for a two hour session, $5000 for staying overnight, and $15000 for a three-day session. She was willing to travel anywhere from San Francisco to New York in order to pay down her law school loans. 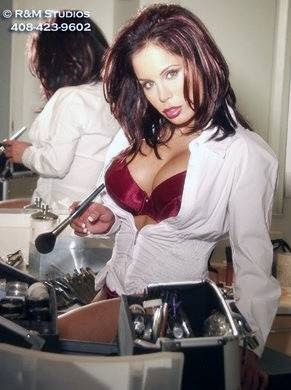