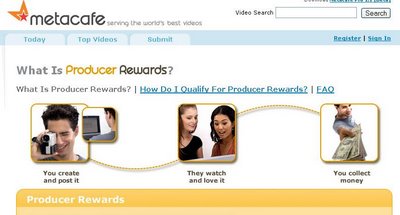 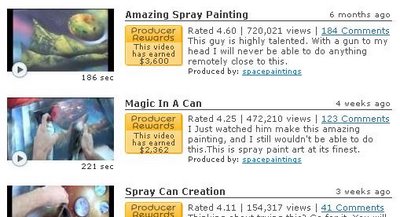 Producer Rewards are being heavily promoted within Metacafe with revenue counters next to every video that has earned money. It remains to be seen whether gaming Metacafe's view counters will be as easy as with YouTube. Still, does incentivizing the posting of content work better than depending on the sharing, publicity-seeking principle driving other video sites? Once a site goes down the path of paying users for uploading videos, then the "social contract" between users and the site becomes a business contract, changing the nature of the relationship. As the example of YouTube shows, sharing is often a more powerful motivator than profit.

WOW! The growth of Video sharing sites is increasing like virus.

The last time I heard it's in China, and now in Israel.